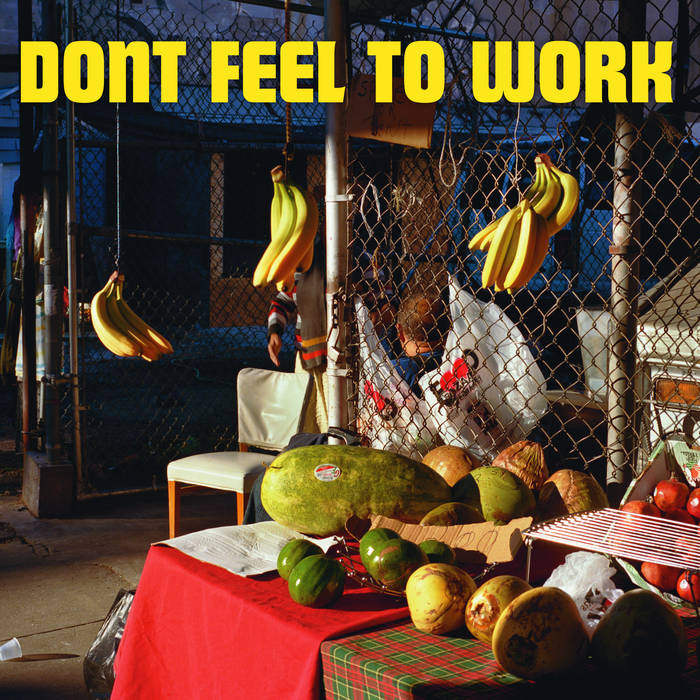 Aagoo Records has announced they will release the new long-play from NYC-based singer-songwriter Evan Jewett. The album 'Don't Feel To Work' will be released in various formats, including digital and vinyl. Ahead of that release, Jewett is previewing the single 'Pink Grout'.

"About Pink Grout, there was a woman I once lived with in Queens, who was going through some difficult times and presented me with some grisly imagery I wont soon forget," says Evan Jewett. "The best songs came together with little to no effort. I have little recollection of working on them. The bad ones take forever."

Evan Jewett is a songwriter and furniture maker living in New York City. His first album under his own name, 'Don't Feel to Work' was recorded piecemeal during stays in various apartments. The record is a stoic patchwork of songs about bloody roommates, detached people stuck inside, and kids wandering the hills.

Growing up in California, Jewett picked up songwriting shortly after convincing his mother to let him drop out of school at age 17. Touring and releasing albums with various bands began immediately after. ‘Don’t Feel to Work’ is the first solo work he has produced since moving to New York City in 2012.

Evan Jewett does not write catchy tunes. His songs never fall into the incidental traps that songwriters often knowingly or unknowingly fall into. Instead, he intentionally takes a more deliberate route that can look familiar but feels very different. This choice has less to do with aesthetic or image, and more to do with the exploration of his own character through song.

He uses a colorful palate to wistfully hypnotize the listener, providing a very stark and honest interpretation of one working class figure trying to carve out some sort of existence inside of a noisy time, a noisy city, and a noisy culture.